Father, forgive them, for they know not what they do

Father, forgive them, for they know not what they do

One of the most common requests in my dental clinic, especially among patients with frequent dental problems and oral diseases, is: “Why don’t you just remove all the teeth, so I can wear dentures?”.

In such cases, I have no choice but to explain them patiently why this is not the best option – the first thing that comes to my mind is the Bible passage in which Jesus says “Father, forgive them, for they know not what they do”.

Generally speaking, patients that come with such consultations usually have some of these dental problems: periodical toothache, tooth decay, filled teeth, tooth loss, as well as gum disease, poor oral hygiene and, generally, a very poor oral health.  In such cases, it is very difficult to give them hygienic, care and preventive measures, and, as a personal thought, I think that these patients do not really care about their oral health. Recent evidence suggests that natural teeth will always prevail over any denture (fixed, removable or implant supported dentures). According to a study drawn up by the Journal Prosthetic Dent in 1984 (Studies of biologic parameters for denture design, Part II: Comparison of masseter muscle activity, masticatory performance, and salivary secretion rates between denture and natural dentition groups), it was established a comparison of masseter muscle activity, a very relevant muscle in mastication, among denture users and patients with natural teeth. In fact, it was established that denture users can only apply 22-32% of the strength needed to chew certain foods, as peanuts or carrots, which proves to be a very poor performance, as they cannot stand a high masticatory pressure, especially with hard foods. All it leads to a deterioration in muscle strength, which also affects the chewing capacity by reducing it. In conclusion, we could say that using dentures can be helpful after tooth loss, but this also involves masticatory problems, since there are certain foods that denture users cannot properly chew, which affects their diet and, in some cases, the sheer pleasure of eating, with the subsequent loss of social life.

Therefore, it is important to know the following factors involved in tooth loss:

– The ability to chew.

– The ability to speak.

All the above can be almost 100% recovered with a prosthesis, but it is not comparable to the efficiency of your natural teeth.

Ritchie et al. 1997, Krall et al. 1998, among others, studied what are the effects of a lack of teeth and how it affects the diet. They came to the conclusion that dietary modifications, such as selecting foods that are easy to chew, generate vitamin, protein and mineral deficiencies – all this added to following a high fat diet to “compensate” it. 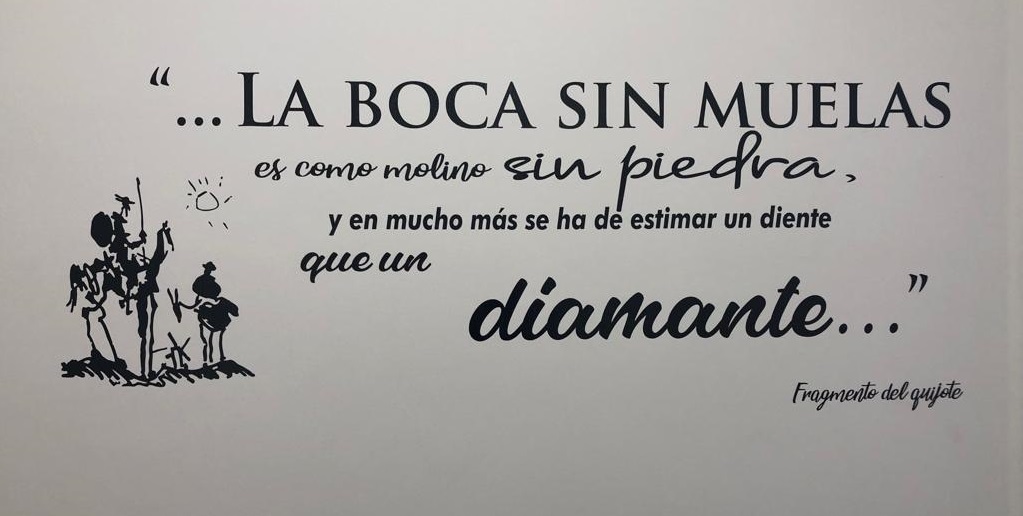 To me, as a dental expert, all that has been explained above is of crucial importance when choosing between natural teeth and dentures. However, it is safe to say that dental implants and dentures are highly recommended to those patients whose teeth have become an insurmountable problem, but it is not advisable to “sacrifice” your natural teeth, especially if you can maintain them with preventive and curative therapies.

Although there are many factors that can influence this decision, the most important thing is prevention and early attention to oral problems, as well as taking care of your teeth – something I try to instill in my patients in every conversation. In order to achieve this, I usually use teaching methods or educational techniques, and sometimes something as simple as printing an extract from Don Quixote and hanging it on the wall, such as this: “(…) A tooth is much more to be prized than a diamond (…)”.

Most frequent myths about teeth