Get new teeh in one day 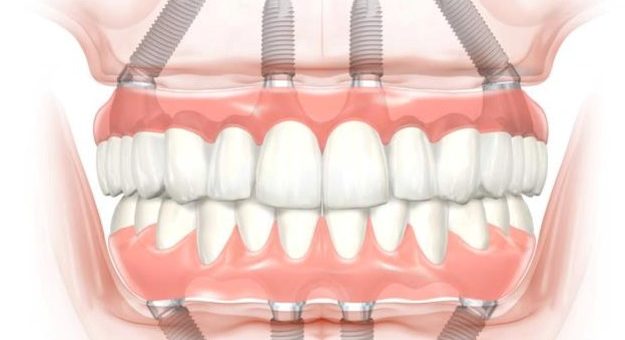 Get new teeh in one day

Among the tools used by dentists for the rehabilitation of patients with very deteriorated mouths – those who either have no remaining teeth or they are about to become edentulous patients due to the very poor state of their mouths –, there is an option among the great sources of conventional dental treatments, called All-on-4®. This kind of treatment was described by Dr. Paulo Maló 20 years ago and, since its beginnings, it has been used to treat edentulous or potentially edentulous patients, due to the fact that it is a simple and economical option in comparison to other treatments involving dental implants.

According to World Health Organization statistics, it is stated that there are 40 million toothless people in the Western world, of which 44% live in the US, 20% in Brazil, 7% in the UK, 6% in Germany, 5% in Canada and 14% in other parts of the Western world. All-on-4® is described as a concept of dental treatment constituted by 4 implants, taking into account that recent research has revealed that the loss of bone in toothless patients always occurs in the same way: there is less bone loss in the area that goes from premolar to premolar in both jaws. The All-on-4® concept uses this remaining bone to fix 4 implants that will support a complete denture, eliminating the need for complex bone grafts, which translates into a cheaper implant treatment. Another of All-on-4®’s advantages is that it offers the possibility of placing the prosthesis immediately, the exact same day the implants are placed. This protocol is known as immediate loading, which ensures patients that they would not leave the clinic without teeth. In other words, on the same day/week in which the surgical procedure is performed, patients can wear provisional teeth, so they do not have to go through the bitter experience of not having teeth. Moreover, another benefit is that it enables a quick restoring of the aesthetics and chewing function in toothless patients or with severe dental problems.

It is important to emphasize that All-on-4®’s concept is another tool for the dentist in the treatment of his patients; that is to say, it is not indicated for every patient and it is the dentist who must consider if it is a suitable treatment or not. There are large numbers of patients with very little bone, which makes the placement of implants a great challenge, because getting bone available to restore the entire upper or lower jaw with grafts could be prohibitive for many patients. Therefore, All-on-4®’s concept may meet the needs of patients whose jaws have very little bone and, in economic terms, they need a more accessible and immediate option to restore their aesthetics and function. 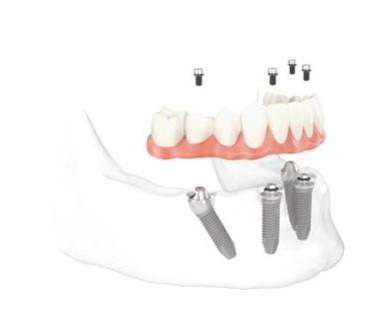 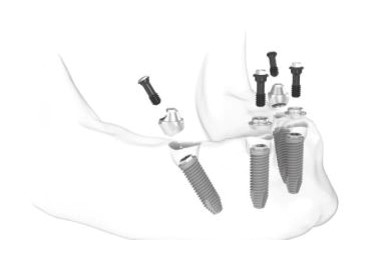 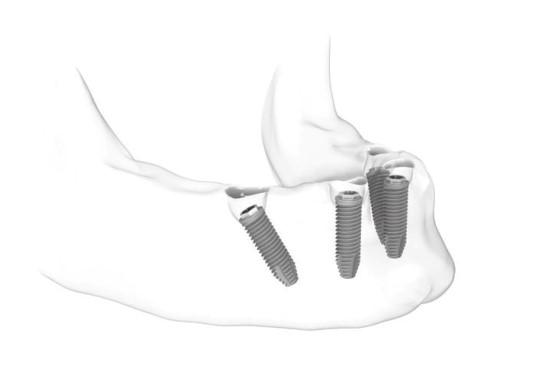 Is it possible that an osteoporosis treatment may destroy my mouth if I get a tooth removed?